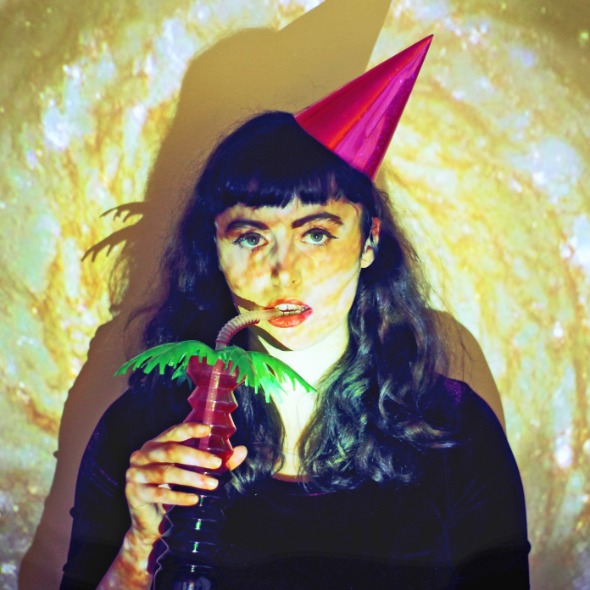 Who knew the world would go out

not with a bang

but with a Big Oooff.

It’s the final night before the Earth is destroyed, so Alayne is throwing a party. Tomorrow we will be eaten by a black hole. It’s definitely not her fault.

DEEP and MEANINGFUL is a new solo show, written/performed by Alayne Dick and directed by Jennifer O’Sullivan. Set during a house party on the confirmed last night before the Earth is eaten by a black hole, DEEP and MEANINGFUL is an absurdist poetry/comedy show that explores depression and modern fears about our limited time left on Earth.

Alayne Dick is an emerging talent in both the Wellington theatre and poetry scenes. She has helped create and also performed in a bunch of dope NZ Fringe Festival shows including Summer Camps (2019), Discharge is Rotten to the Core (2018) and Alayne's Cat Safari (2017). Her poems have been featured in Cordite Poetry Review, Sport and performed live on RNZ. She is also an emerging film actor, having just starred in her first feature film, Spring Interlude, which premiered in 2019 as part of the New Zealand International Film Festival.

Jennifer O’Sullivan is a creative producer, director, and performer in Wellington NZ. She holds an MFA (Creative Practice) and has worked in Fringe and other festivals since 2007. She is the Artistic Director of the New Zealand Improv Festival and an all-round rad babe. Full production history available at jenniferosullivan.com